Let us create a couple of objects of this class

This declaration creates two objects with different values of color and model variables.

Now, when printCar method is called on each of this object, look at the output.

where objOne is the name(or reference) of an object and color is the name of instance variable.

If you are accessing an instance variable inside the same class, then there is no need to use object name and dot before the variable
It can be accessed simply by its name or using this.color where this refers to the current object. 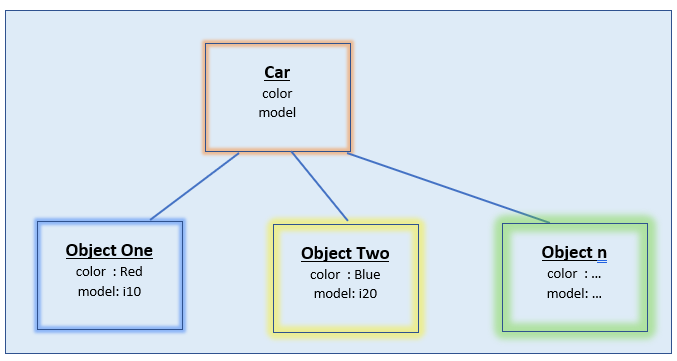 Above class has two instance variables. One out of these is given a default value.
Every object  created will have the same value for that variable unless overridden.
If instance variables are not given any value, then they are automatically initialized by the JVM as per their data type as below.

Scope of instance variables
Instance variables support all the four access modifiers(or specifiers) in java and can thus, be marked public, private, protected and default(without any specifier).
This means that their scope(or visibility) can be limited to a class, package or they can be made visible everywhere.

Remember that instance variables can only be accessed using an object of their class and there is no other way to access these.
Besides access modifiers, following are the other keywords that may be applied to instance variables.

Hope this post was useful for you. Hit the clap below if it helped.