A module is a small component or building block of an application. A module consists of variables and functions. With respect to a node application, every file is considered to be a module. 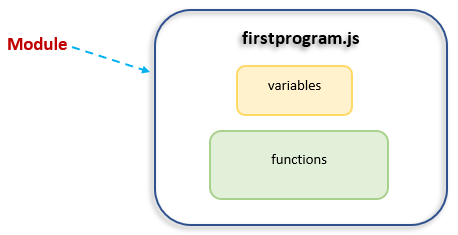 As you can see from the above output, it shows the name of file, its path etc.