Document Object Model
A Document Object Model commonly referred as DOM is the organization of elements in a web page. A web page consists of multiple elements such as a div, span, ul–li elements, input boxes, radio buttons, check boxes etc. These elements are organized in a particular order. Example,  body will always be under html tag, an li will always be placed under a ul, an option will always be present under a select or a div inside another div, a span inside div etc.
Thus, a web page can be considered as the organization or hierarchy or tree of objects, which is called DOM. Every web page has a different DOM as compared to other page. A sample DOM for a web page can be represented as below. A DOM can also be referred as the structure of a web page. 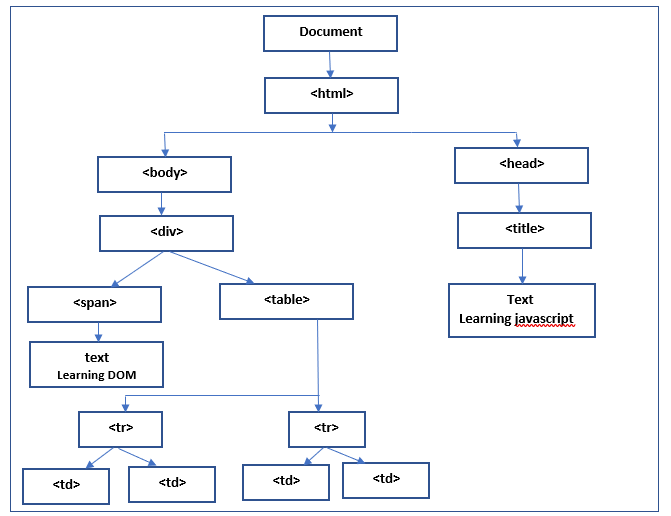 Web elements have many attributes such as id, name, class etc. They also are the part of DOM.